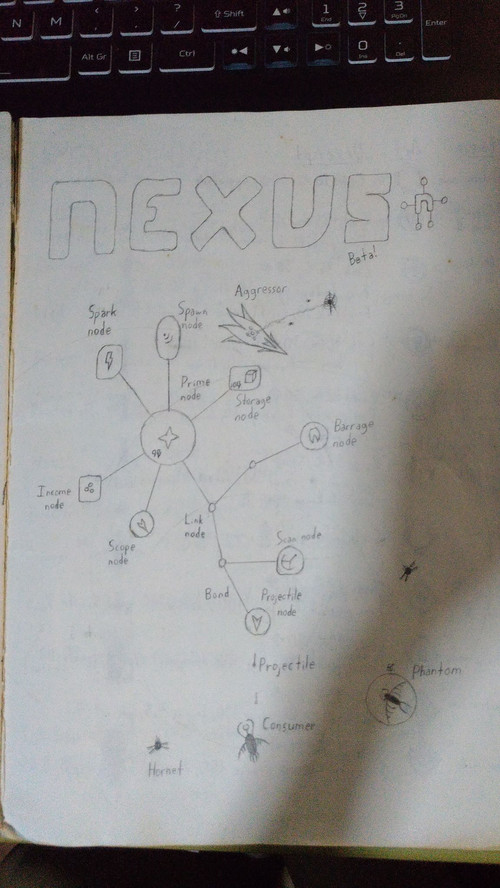 Nexus, a game about building a connected network base. Made in 48 hours for the GMTK Game Jam 2021, with the theme "Joined Together". Made by entirely one guy (me). With original music by one guy (me).

Long before the game jam, there was a young teenager still studying in school, armed with a blank sketchbook to document fun game ideas. That person was me, in case you didn't get the hint. Somewhere during that time, around 2013, I sketched and designed a game called "Nexus", a base defense game where you build a connected network base.

So I designed this game 8 years in advance of the GMTK Game Jam.

Expand your nexus far and wide